The history of the Medici castle of Ottaviano begins with a Longobard settlement, built to ensure the control of the wide Nolana plain during middle ages.

In the Middle Ages, several noble families controlled the area: the Del Tocco, the D’Aquino, the Orsini, and Fabrizio Maramaldo. The latter sold the property to the Gonzaga family of Molfetta. In 1085 the Palace housed Pope Gregory VII and in 1304 it was destroyed by Carlod’Angiò and then rebuilt by Bernardetto dè Medici, who bought it in 1567 along with the fief and fortress, called by all “Prince’s Palace”. Giuseppe I Medici, a prominent figure in the history of Naples in the seventeenth century during the Spanish viceroyalty, started the transformation of the gloomy fortress into a “country residence”.

Actually Joseph II Medici gave the “palace” the shape we still admire today.  The exterior facade was refined with series of windows but the front facing the garden kept the severity of the medieval castle. 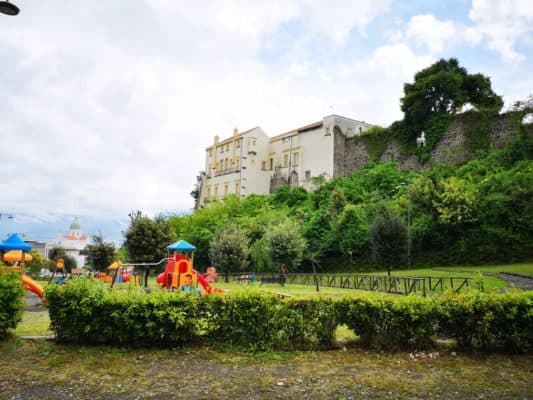 The many rooms, with richly decorated majolica ceilings and floors, overlook two internal courtyards, the second of which was reserved for theater and musical performances.

Joseph III also completed the beautiful stables and embellished the garden with numerous exotic plants.   At the end of ‘700 the Palazzo de’ Medici was certainly one of the most beautiful and innovative buildings in the area

Among the last famous guests, the national poet Gabriele D’Annunzio who in 1892, moved to the Palace, with his lover Maria Gravina Cruyllas.

Sadly, a worse reputation has concerned this castle in the recent 80’s, when the mansion entered the properties of crime boss Raffaele Cutolo.

In 1991, thanks to the confiscation, the castle returned to the civil community. What in the dark years had become a symbol of the crime has become a place of legality, sharing culture and love for the environment. Since 2003 it has been the seat of the Authority of Vesuvio National Park. 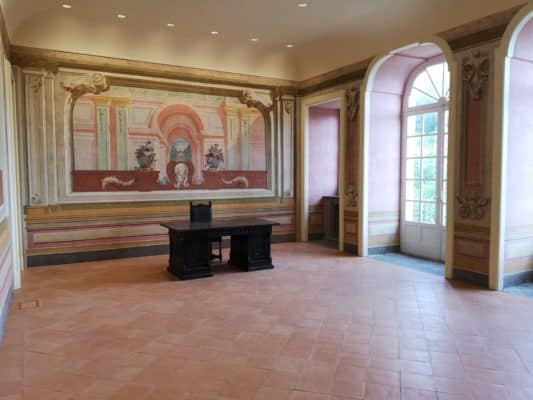 The castle can be visited during events.

For the opening hours of the offices of the National Park Authority of Vesuvius, please visit the official website.