It is hard to imagine that the River Sarno, now sadly known for European records of pollution, had a far more brilliant past. And yet on its shores, from the Early Iron Age onwards (from the 10th century. to the beginning of the 6th century. a. C.) grew the village of Longola, today in the municipality of Poggiomarino.

Lost among anonymous countryside with an agricultural tradition, you can see a large yard that with onions, often cultivated in the adjacent area, has very little to do. It is an outstanding site of humid environment, formerly swampy. From the muddy have returned to the light remains of huts, fragments tools for carpenters, even woven baskets; seem to emerge moments of past life but real that animates the dense forest of poles fixed in the ground, once a solid system of supporting islets “artificial”.

The village stood on artificially  islets, on which huts were built for both residential use and for handicraft production. This type of occupation responded to the ancient conformation of the area where the river swamped creating poorly hospitable wetlands and. But the water, once adverse to human activities, has allowed the extraordinary conservation condition of the site. The humid environment in fact hinders the presence of some bacterial decomposing agents. In addition to numerous and various pottery containers, bronze, in bone and wood objects mats, canoes for the navigation of canals that seem buried only yesterday.

Among the exceptional survivors of the millennia, also numerous plant fragments that have allowed archeobotanic studies suitable for the reconstruction of the ancient landscape and the use of natural fiber and wood. Many of these fabulous finds are exhibited at the Antiquarium of Boscoreale, a few kilometers away. The visit is worth the detour!

Furthermore, a list to the park offers pleasant views of the natural environment of the river Sarno, frequented for pleasure and fishing until the last century. In the archaeological area were made reconstructions of the proto-historical huts, to show visitors and students the living conditions in the Iron Age.

A short walk from the archaeological site, you can enjoy a walk inside the nature park that stretches along the bank of the river Sarno. 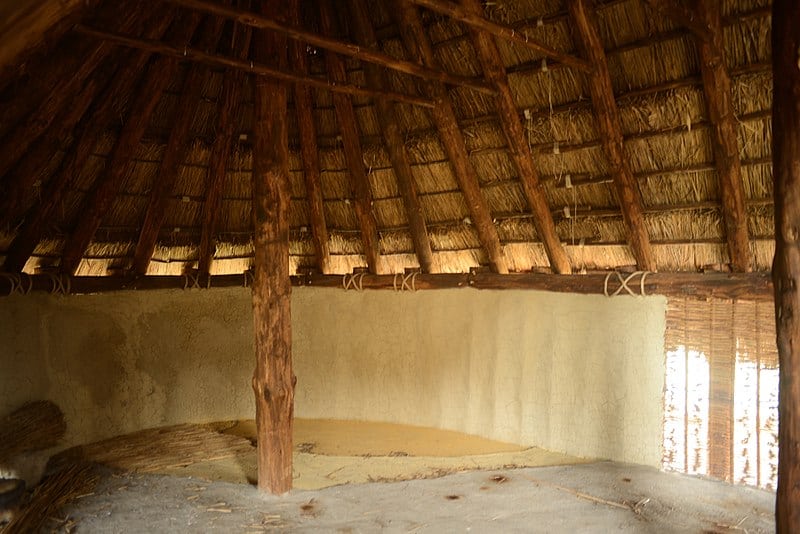 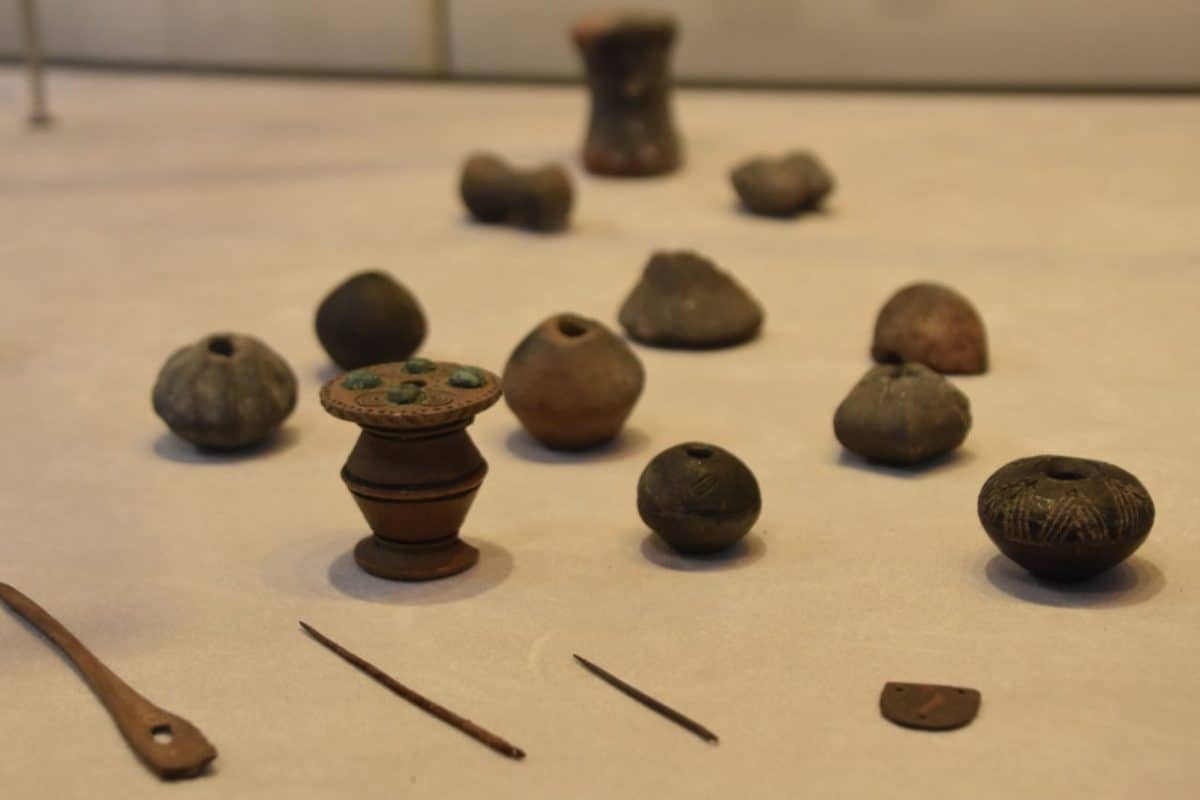 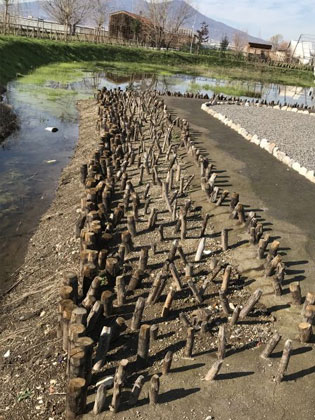 wood base of islets 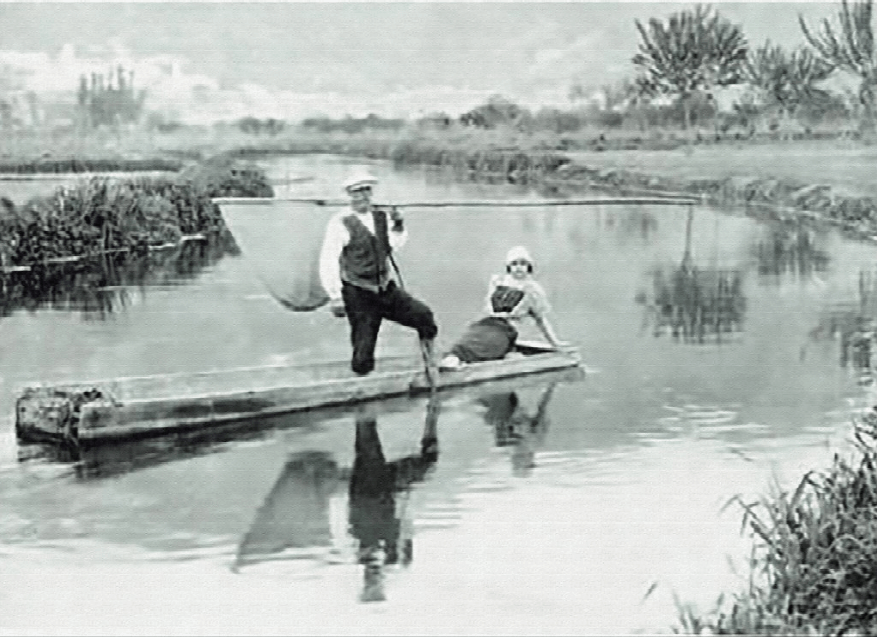 Ancient pic along the Sarno river

By car: Poggiomarino is about 30 Km from Naples, 8 Km from Pompeii and 36 from Salerno. The nearest motorway exit is Pompei of the A3 Napoli Salerno or Sarno on the A30 Caserta-Roma. The SS268, greatly facilitates travel in the direction of Naples, crossing all the countries of the Vesuvian area. In the area there are 3 exits: – Poggiomarino-San Giuseppe Vesuviano – Poggiomarino-Terzigno – Poggiomarino-Boscoreale.

By train: there are 2 railway lines for the Poggiomarino stop, both on the Naples-Pompeii-Poggiomarino line and on the Naples-Ottaviano-Sarno line. Unfortunately there is no direct bus line from the station and the site can be reached in 45 minutes on foot.

The park is temporarily closed.