If you are around visiting the Herculaneum ruins, a stop in Portici is a must: you will find unexpected surprises.

The Royal Palace stands out for its beauty. It was built in 1738 thanks to King of Naples, Charles of Bourbon, and his wife, Amalia of Saxony, fascinated by the landscapes of the South. The most prestigious engineers, architects and decorators worked on it, from Giovanni Antonio Medrano to Antonio Canevari, from Luigi Vanvitelli to Ferdinando Fuga. 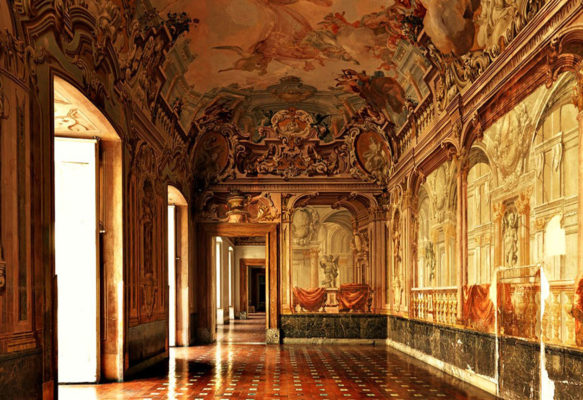 King Charles closed the Portici area for its amazing landscape; the Palace is located on the slopes of Vesuvius, has an upper forest, originally dedicated to hunting, and one downside, more ornamental, extended to the sea.

On the occasion of the excavations for the construction of the Royal Palace, many remains of the ancient Roman cities buried by Vesuvius were discovered.  The finds, so rich and numerous, were placed in the rooms of the Palace; soon they formed one of the most famous collections in the world and gave birth to the Herculanense Museum, inaugurated in 1758.  In the early nineteenth century the archaeological collections were moved to Naples and formed the nucleus of the current National Archaeological Museum. 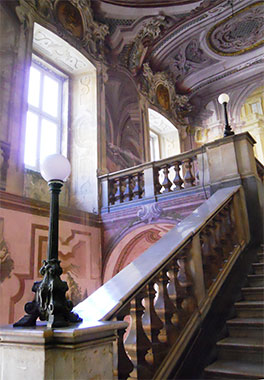 Following the Unification of Italy, the Royal Park were assigned by the State to the Province of Naples for the allocation of the Royal Higher School of Agriculture, established in 1872. Still today it is the seat of the Faculty of Agriculture of the University of Naples “Federico II”. In 2011 was established the museum MUSA. Located together with the Department of Agriculture in the Royal Site of Portici, it is one of the museums of the University of Naples Federico II and includes: the Botanical Garden, the Botanical Museum Orazio Comes, the Entomological Museum Filippo Silvestri, the Mineralogical Museum Antonio Parascandola, the museum of Agricultural Mechanics Carlo Santini, the museum Anatomo-zootecnik Tito Manlio Bettini and the Historical Library of the museums. The MUSA also organizes the visit to the Herculanense Museum.

Moreover the palace, the whole surrounding area is characterized by the fabulous “golden mile”, term referring to the extraordinary concentration of luxurious villas overlooking the sea, built by the Neapolitan nobility to follow the royal family during summer holidays and to enjoy the healthy air and the enchanting landscape.

Near the Palace of Portici, do not miss the opportunity to admire also:

Villa Savonarola
Villa Fernandes
Villa Maltese, leaning against the Reggia
Palazzo Mascabruno with inside the Galoppatoio Reale, one of the two existing in Europe;
Villa Mascolo, with a splendid amphitheatre;

And at the end of your visit enjoy the aperitif at sunset at the port of Granatello. Built in 1773 to connect the Royal Palace to the sea, the Granatello today is a lively meeting point with bars and clubs to enjoy the view of the city and the gulf. 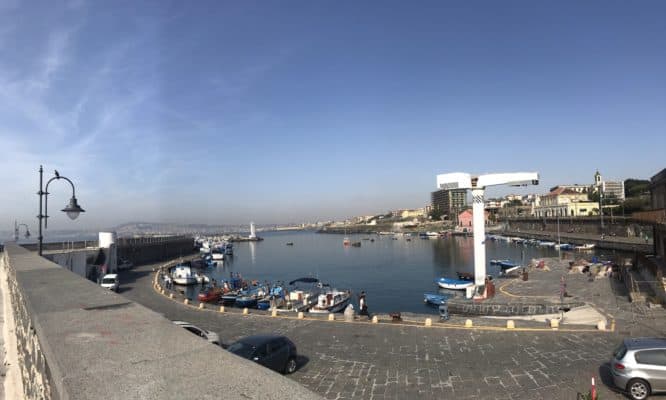