Outside the city walls of Pompeii, the Roman people knew how to make the best of the territory close to the coast. Near the municipality of Castellammare di Stabia, more precisely on the hill of Varano, in the period between 89 b.C. and 79 d.C. the Roman aristocracy built several villas, mainly for residential purposes, with luxurious living areas, spas, gardens and nymphs overlooking the fabulous shore landscape.

Among these, two were excavated on order ton be open to the public: the main is Villa S.Marco, one of the largest with its area of approx. 11000 square meters. ; the second is Villa Arianna, the oldest. Compared to the excavations of Pompeii and Herculaneum, those of Stabiae are smaller in size and offer visitors the opportunity to observe a different aspect of the Roman lifestyle. 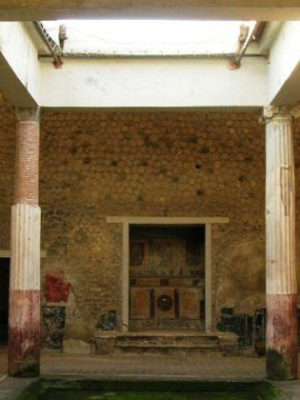 The Villa di Arianna has a complex plan, both because of successive enlargements, and because it adapts to the shape of the hill. The ‘villa’ is divided into four blocks: atrium and surrounding environments dating back to the late Republican age; service and spa area; environments on the sides of the summer triclinium, dating back to the Neronian age; the large gym attached to the ‘villa’ built in the Flavian age. In the larger rooms and halls, however, are represented mainly mythological themes with figures almost life-size inspired by Dionysus, such as the painting depicting ‘Arianna abandoned by Theseus’ in the back wall of the triclinium. To the richness of the decorative apparatuses, the decorative apparatuses paved with beautiful mosaics, with a decorative repertoire with white-black motifs. 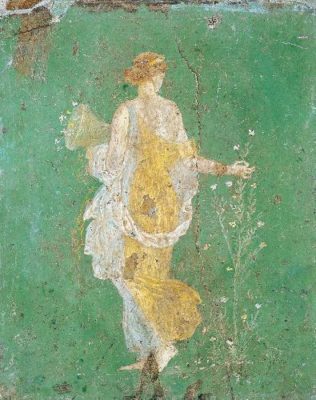 Give a look at virtual tour to enjoy the visit at Stabias villas!